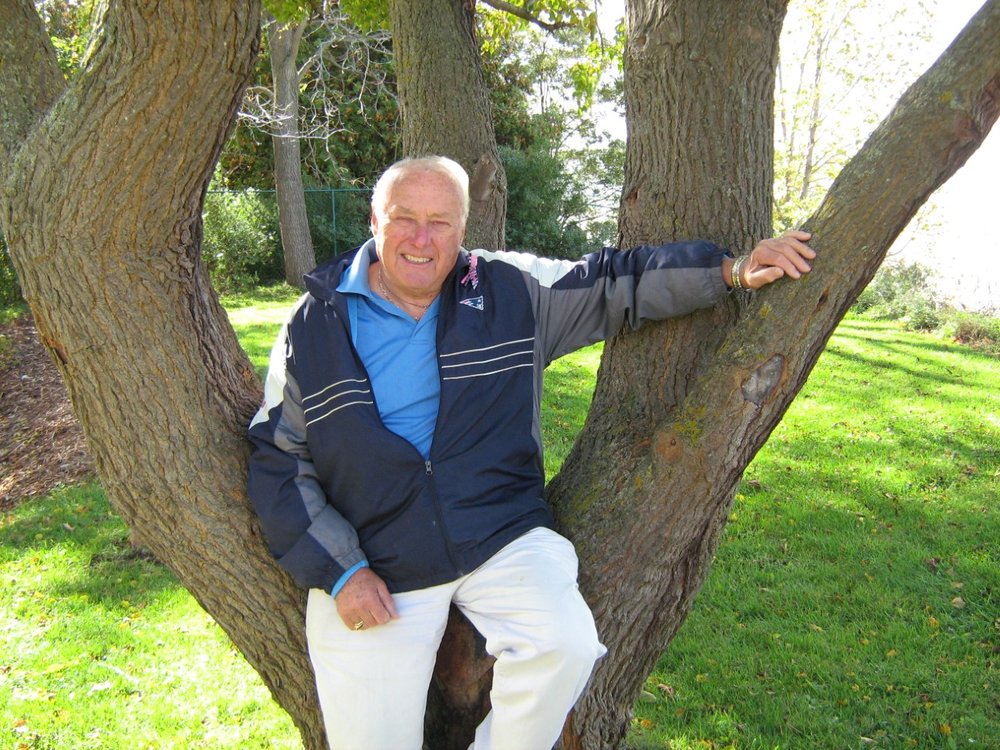 Please share a memory of Bill to include in a keepsake book for family and friends.
View Tribute Book
It is with deep sorrow and heartfelt sadness that the family of William C. Parker (Bill) announce his passing. Following a lengthy struggle with heart disease, he died peacefully at LHSC Victoria Hospital on Wednesday, June 2, 2021. Bill, who was in his 87th year, was predeceased by his beloved wife Mildred (Fraser) in 2014. He will be lovingly remembered by his children Charles Parker (Lori) of London, Kim White (Paul) of Thorndale and Jennifer Parker (Blair MacKinnon) of London. He was a loving and devoted grandfather to Andrew and Ashley Parker, Brittany and Brooklyn White and Calvin, Bridget and Willow MacKinnon. He will be lovingly missed by his sister in law Wilda Parker and her family and his brother in law and his wife Jack and Donna Fraser as well as many nieces and nephews. Bill was predeceased by his brother Bob Parker. He will also be dearly missed by many of his close friends, especially Helen Bodis, who became his supportive and devoted companion in recent years. Bill was a proud and dedicated employee of CP Rail where he worked as an engineer for nearly four decades before his retirement in 1990. A few years after his retirement, his love of trains compelled him to return to his role as an engineer (part time) for the Waterloo Scenic Railroad. He deeply cherished the comradery of his "train friends" and was steadfast member of the CP Pensioners Club. He would look forward to those meetings where he could reminisce with his fellow employees and the life long friends he had made on the railroad. Following his heart by-pass surgery in 1992, Bill became a loyal member of The Cardiac Fitness Group at Victoria Hospital until its unexpected dissolution a few years ago. He enjoyed that weekly gathering where he would get to chat with his friends-many of who were also past CP and CN retirees. Bill was an incredibly social and outgoing person and felt the need to stay active and engaged following his retirement. In the early 1990's, he and Mildred became dedicated members of the Horton Street Seniors Centre and the Boys and Girls Club in London, Ontario. He spent countless days there over the years creating many joyful memories and especially enjoying his time in the pool. The staff and his friends said they loved seeing his friendly, smiling face each and every day. "The Club" remained an instrumental part of his life until this past year when his health began to seriously decline. He took great pride in being one of the members of the Young at Heart Singers and loved travelling to different venues and sing songs from the past to the delight of their audiences. He was a devoted parishioner and volunteer at St. Mark's Anglican Church where he found joy in meeting and helping others. Cremation has taken place. Due to COVID 19 restrictions, the family will be holding a memorial at a later date, A private family service will be held at the Dorchester Union Cemetery. In lieu of flowers, memorial donations can be directed to The Boys and Girls Club,184 Horton Street, London, ON N6B 1K8, Heart and Stroke Foundation, London Area Office, 180-633 Colborne Street, London, ON N6B 2V3 or any of your favourite registered charities would be appreciated. Online condolences may be made at www.biemanfuneralhome.com (Bieman Funeral Home, 3970 Hamilton Road, Dorchester, ON N0L 1G2 - (519)-268-7672 - in charge of arrangements.)
To plant a beautiful memorial tree in memory of Bill Parker, please visit our Tree Store

Cremation with interment of cremated remains

Cremation has taken place. A family graveside service will take place at the Dorchester Union Cemetery.

Due to COVID 19 restrictions, the family will be holding a memorial service at a later date.
Online Memory & Photo Sharing Event
Online Event
About this Event

Look inside to read what others have shared
Family and friends are coming together online to create a special keepsake. Every memory left on the online obituary will be automatically included in this book.
View Tribute Book
Share Your Memory of
Bill
Upload Your Memory View All Memories
Be the first to upload a memory!
Share A Memory
Plant a Tree