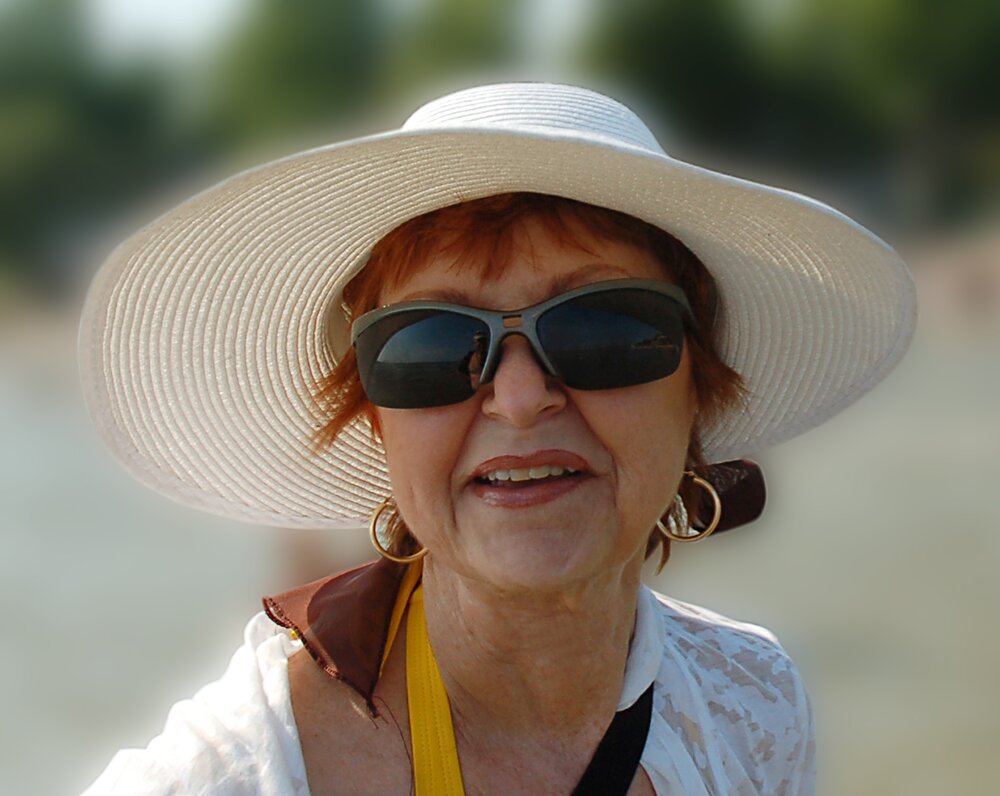 Obituary of Caroline Ada May Lang

Please share a memory of Caroline to include in a keepsake book for family and friends.
View Tribute Book
Caroline Ada May Lang, 79 passed away peacefully at her home on February 9th. 2022 due to her ongoing battle with cancer. By her bedside were her two sons Robbie and Chris and her ever present husband Ray. She was born May 3rd. 1942 in London Ontario Canada to Calvert and Thelma Boam, who also had two sons Donald and Richard. She married her high school sweetheart Robert Lang in September of 1962. After graduating from Beal Secondary School Caroline went to work for the Fisheries Board, then got a calling to work for the London OPP. Shortly after working with the OPP, she gave birth to her first son Robbie. A career change soon followed; it was to be a lasting career in the field of medical transcription. Caroline had many interests, but most of all were her two boys. She enjoyed fishing with her son Chris, her love of horses...her favourite was “Arfella” and the excitement around the racetrack and of course her Shelties. She always enjoyed her times with her girlfriends' playing cards and socializing. Caroline was passionate about music dancing and travel destinations, and until recently got interested in David Gilmour and the band Pink Floyd. After many years with her husband Robert, they grew in different directions, all the while still continued to remain friends. In 2001, Caroline met Ray who was also in transition. They were inseparable; it was love at first sight. Ray was in the process of completing teachers' college to start his second career as a secondary school teacher, with Caroline being his driving force. One month after graduating from Althouse, Ray had a heart attack; it would be 12 weeks before he could officially start teaching. Caroline oversaw his cardiac rehab program and got him back on track. Once Ray was contracted to teach at Lord Dorchester S.S. Caroline was instrumental in finding their new home. She set up shop in the front room, supervising a staff of 25 transcriptionists. Caroline transcribed for some of London’s top medical professionals in their field, all the while being deaf in one ear from an early age. Caroline shared her love of travel with Ray, visiting such destinations as Ireland twice, for the twin's weddings Brian and Gillian, Ray’s niece and nephew. Mexico, Jamaica, several times and many of the southern United States. Some of the more profoundly memorable experiences were a visit to “Ground Zero”, New York City after “911” and the “Lorraine Motel in Memphis, Tennessee where Martin Luther King was assassinated. We could physically feel the presence and emotions flow over us from these two very scared historical sites. She also travelled extensively with family in the early days to Florida, Las Vagas, Hawaii and local trips around Ontario. Niagara Falls, Toronto CN Tower and the local beaches. Cottage life at Port Stanley with her parents and brothers spent fishing on the pier and always bringing home a stringer of perch for dinner. Caroline is predeceased by her parents Calvert and Thelma Boam and her brothers Donald and Richard. She was also a caregiver for her first cousin Ross Blakely until he passed in 2013. Caroline leaves behind her loving husband Ray, her two loving sons Robbie and Chris and his wife Debbie and their son Brandon, and former husband Robert Lang. Caroline also had a loving extended family in Ireland. Ray’s brother John and his wife Kathleen, his nephew Alan and his wife Linda and their children Sophie and Bobby, his other nephew Brian and his wife Mellissa and their son John and his niece (twin to Brian) Gillian and her husband Graham Stanley and their daughter Grace. Her many friends and colleagues, her loving CMC028 family, TJ Anrep, Char Bogart, Bonnie Hepburn, Donovan Browne, Aileen Simon, Barb and Ernie Turner, Heather Maxwell, and our dear friends in Brooklyn New York, Audrey and Toni Hecht-Stewart and so many caregivers toward the end of her life. Her amazing PSW Susan, and the terrific folks from Home Care, VON, St. Elisabeth, LHSC Cancer Clinic, St. Joseph Hospital and University Hospital. Her medical team, Dr. Hahn and Dr. Lock, Dr. Brackstone and our own Dr. Jeff Spence, a sincere heartfelt thank you for all the loving care you provided to Caroline. Caroline was truly a fearless little lady right to the end, just like her mother. Robbie and Chris and myself were very fortunate to have been blessed to have Caroline in our lives and to be by her side to say good bye to our “Sweet Caroline”.
To plant a beautiful memorial tree in memory of Caroline Lang, please visit our Tree Store

Look inside to read what others have shared
Family and friends are coming together online to create a special keepsake. Every memory left on the online obituary will be automatically included in this book.
View Tribute Book
Services for Caroline Lang
There are no events scheduled. You can still show your support by planting a tree in memory of Caroline Lang.
Plant a tree in memory of Caroline
Share Your Memory of
Caroline
Upload Your Memory View All Memories
Be the first to upload a memory!
Share A Memory
Plant a Tree