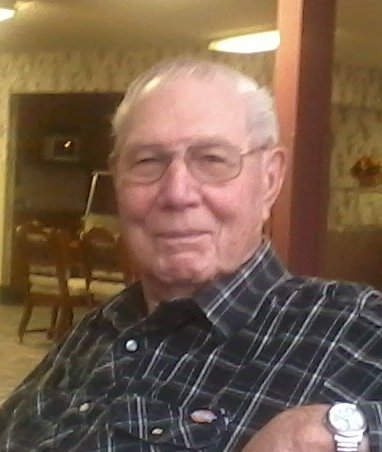 Please share a memory of Arthur to include in a keepsake book for family and friends.
View Tribute Book

Peacefully with his family by his side at London Health Sciences Centre, Victoria Hospital, London on Wednesday, June 26, 2019.

Arthur E. Gibson of Dorchester in his 94th year.

Predeceased by a grandson Timothy Gibson.

Arthur served in the Royal Canadian Air Force during World War II; longtime plant manager at Accuride Canada Inc. as well as an enthusiastic home machinist and a member of the Golden Triangle Model Engineers.

Friends will be received at the Bieman Funeral Home, 3970 Hamilton Road, Dorchester (Wednesday 7-9 p.m.) where the memorial service will be conducted on Thursday, July 4 at 1:30 p.m.

A memorial service under the direction of Royal Canadian Legion Branch #513, Dorchester will be held at the funeral home Wednesday evening at 6:30 p.m.

The Gibson family wish to thank all the doctors, nurses and care workers who took such good care of Art.

To send flowers to the family or plant a tree in memory of Arthur Gibson, please visit Tribute Store
Wednesday
3
July

A memorial service under the direction of the Royal Canadian Legion Branch #513, Dorchester will be held at the funeral home Wednesday evening at 6:30 p.m.
Online Memory & Photo Sharing Event
Online Event
About this Event

Look inside to read what others have shared
Family and friends are coming together online to create a special keepsake. Every memory left on the online obituary will be automatically included in this book.
View Tribute Book
Share Your Memory of
Arthur
Upload Your Memory View All Memories
Be the first to upload a memory!
Share A Memory
Send Flowers
Plant a Tree